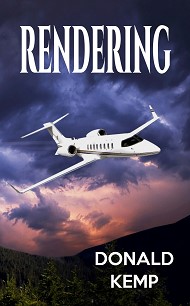 Nothing is ever as it seems.

Ted Monroe’s life changes in the blink of an eye. Privy to a fatal airplane crash, his job as a pilot ends several days later. When the NSA shows up on his very doorstep, Ted begins to wonder what he’s gotten himself into. A suspected smuggling ring has been found in a small southwestern town. It’s up to him to find out as much as possible about it in the hopes of bringing it to an end.

Out of work and hoping for a better tomorrow, Ted leaves Michigan, hoping to find something that will give his life meaning once more. Deep inside, he knows he should walk away. Unfortunately, he has no other choice but to do as the NSA demands. If he’s to succeed in doing exactly as they ask, he’ll have to put all of his acquired pilot skills to good use.

Determined to follow through with the orders he’s been given, Ted soon sets foot in Cartia. The town looks like just like any other town, though appearances can sometimes be deceiving. When attempts on his life are made, he soon realizes he may be in way over his head. He’ll have to dig deep to get to the bottom of things if he’s to survive unscathed.